Descent of the Ryther family 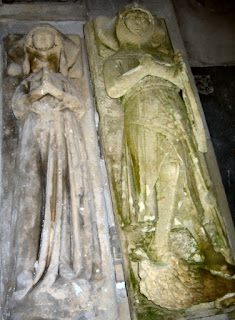 Robert de Ryther of 1322 in All Saints, Ryther

The manor and advowsons of the churches (the parish church of Ryther and the chapel attached to Lead Hall) of Ryther in 1440 was held of the king in chief as of the Duchy of Lancaster and his honour of Pontefract by the service of one eight of a knight’s fee (a big reduction in the knight fee since 1327). The manor of Ryther was not in good condition according to the inquisition post mortem. The capital messuage and two gardens were worth nothing along with 8 waste messuages worth nothing and 8 waste cottages worth nothing. There was 460 acres of land worth 3d per acre; 40 acres of meadow worth 12d per acre and 200 acres of wood worth 100s. The total value of the manor was thus £12 15s per annum.[10] Sir William de Ryther held other property apart from the manor of Ryther. 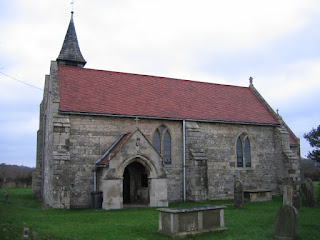 Church of All Saints at Ryther