Siston is a small village and parish at the southern end of the County of Gloucestershire which contains 1,827 acres.[1] It is situated about 7 miles east of Bristol Castle, ancient centre of Bristol. The village lies at the confluence of the two sources of the Siston Brook, a tributary of the River Avon. The village consists of a number of cottages and farms centred on St Anne's Church, and the grand Tudor manor house of Siston Court.

Anne of Siston was said to be the widow of Serlo and that she later married Hugh de Stratton.[4] The authority for this information is unknown and the facts questionable.

In the early years of the Norman conquest of England a knight called Roger acquired the manor of Siston and other land in Gloucestershire. Following his acquisition of the Honor of Berkeley Roger took that place as his family name and thus became Roger de Berkeley. In 1086 Roger de Berkeley held Siston in the Domesday Book. The manor was taxed at five hides and paid 100 shillings yearly as it did in the reign of King Edward.

Within the manor of Siston there were two plough teams belonging to the lord and four teams belonging to the tenants. Of the land, 720 acres was cultivated while 8 acres was in meadow. There was no mill on the manor in 1086 while most of the other manors in the hundred had a mill or two. Among the local people there were 8 villani (villeins), 10 bordadh (bordars) and 4 servi (serfs) which gave an adult male population of 22. Siston was third out of the six divisions in the Pucklechurch hundred in terms of population.[5]

Across Gloucestershire Roger de Berkeley held eighteen hides one virgate and four acres according to the general index of lay landowners compiled by Charles Taylor. This was not a big estate but about the average among the lay landowners.[6]

But if you examine the individual properties held in Gloucestershire by Roger de Berkeley you get a different picture. These other properties of Roger de Berkeley included Corberly in Rapsgate hundred (10 hides); part of Berkeley hundred (11 hides) and the lordship of the hundred (he held the title of provost of Berkeley); part of Dodintone manor in Grumbold’s Ash hundred (3 hides 16 acres) which he held under the Bishop of Coutances and Etloe in Blidsloe hundred (third part of 7 hides) which he rented from the king. Between the Wye and the Usk rivers Roger de Berkeley held two carucates of land at Strigoielg.[7] This was newly conquered land and thus was valued in the Norman carucate rather than the English hide.[8]

In the town of Gloucester, Roger de Berkeley held a house and one fishery.[9]

The most important property of Roger de Berkeley was the land held in the Berkeley hundred and from which he took his name and that of his descendants. The hundred was ancient crown land and dominated the ancient county of Gloucester as the Berkeley estate did throughout history. In 1872 the Berkeley estate was still the largest in the county.[10] Roger de Berkeley was made provost of Berkeley sometime between 1068 and 1071 by Earl William Fitz Osbern who was granted the title shortly after the Conquest. King William confirmed Roger with the title in 1080.[11]

As was customary for the new Norman landlords, Roger de Berkeley founded religious abbeys to pray for their soul in the afterlife while they conquered in this life. Roger’s abbey was that of the Priory of Stanley St. Leonard. To the new priory Roger de Berkeley gave churches of Ozleworth, Coaley, Aringham, Uley and Slimbridge.[14] Roger de Berkeley and his wife, Rissa, were among the early benefactors of the Church of St. Martin at Auchy (now Aumale, France).[15]

Following on from the example of other Norman conquers in England, and later in Ireland, Roger de Berkeley joined a religious house becoming a monk of St. Peter’s Abbey, Gloucester in 1091.[16] Roger de Berkeley died in 1093.[17]

The civil war and the Berkeley involvement also impacted on Siston. In January 1138 King Stephen described Siston as the rightful property of Glastonbury Abbey by ancient possession. It is said that in 1127 Siston was occupied by a person called Racendis, who was possibly the widow of Roger II (died 1127) de Berkeley. She attempted to bequeath it to Glastonbury Abbey, which held neighbouring Pucklechurch, seemingly to deprive her nephew William of control of it. The Abbot sent knights and monks to Siston to visit Racendis on her death bed to remind her of her promise, only to find monks already in attendance from another Abbey, also claiming her body and property. Following a public hearing and the payment of 40 marks by Henry of Blois, Abbot of Glastonbury, to Racendis, probably to go to the other claimant house as compensation, the manor subsequently was recognised as being held from Glastonbury, still however tenanted by the Berkeleys.[22]

This position was said to be formalised by a then lost charter from King Henry I (1100–1135), uncle to Abbot Henry. A further charter of confirmation was granted by King Stephen (1135–1154) in January 1138 which described Siston as rightfully held by Glastonbury. Yet the element of doubt appears in the whole story when we see that King Stephen was the brother of Abbot Henry.[23] It would appear most likely that King Stephen and his brother invented the whole story about the wife of Roger II de Berkeley gifting Siston to Glastonbury. We saw earlier how the Berkeleys backed the Empress Matilda in the war and lost the Honor of Dursley as a result. The granting of Siston to Glastonbury was part of the battle between King Stephen and the Berkeleys.

Siston and the Bishop of Bath and Wells

Yet there are few references to Siston among the records of the Bishop of Bath and Wells. On 11th April 1268 the dean and chapter of Wells granted a wood in Pucklechurch, beside the park, to Robert Waleraund to be added to the park. This wood was formerly held by Robert de Siston from Bishop Walter of Wells.[24]

In the fourteenth century we find the Bishop of Bath and Wells using the position of Siston in Gloucestershire and the Diocese of Worcester to avoid honouring tax claims by the government. On 14th July 1333 the government issued a writ to the Bishop of Bath and Wells to collect the levy on ecclesiastical goods and other taxes. The writ was a repeat of previous writs issued and not replied to. One of these levies was from Ralph de Subbury, clerk, for the farm of the manors of Siston and Frompton which amount was £1,408. Bishop Ralph de Shrewsbury replied that he collected no levies because Ralph de Subbery, and the others in arrears of tax, held no benefice in the Diocese of Bath and Wells.[25] 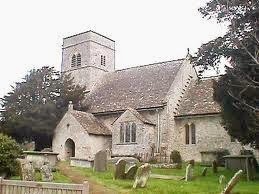 Church of St. Ann at Siston

A few years before, in October 1326, Ralph de Subbury (spelt as Sobbury) was appointed attorney for Robert, the Prior of Bath, for the following two years with Nicholas de Weston.[26] This would point to an association by Ralph de Subbury with Somerset which was near coterminous with the Diocese of Bath and Wells. Many years earlier, about 1200, another Robert, Prior of Bath, gave seven marks from the church of Siston to William the chaplain in repayment a loan given by William to the priory. Later in 1201 William gave another loan to the priory which was again repayable on Siston church.[27] This gives another association between Siston and the Diocese of Bath and Wells.

Siston “restored” to the Berkeley family

In about 1165, an agreement was made in the house of Robert FitzHarding at Bristol to settle their disagreements by a double marriage. Robert’s son Maurice would married Alice, daughter of Roger III de Berkeley of Dursley with the manor of Slimbridge as her dowry while Roger’s son, Roger IV de Berkeley would marry Robert’s daughter, Helen with the manor of Siston as her dowry.[30]

In 1196-7, Roger V de Berkeley of Dursley, eldest son of Roger and Helen, paid 60 marks for the marriage of Hawise, widow of John de Somery, and sister and heir of Gervase Paynel. Roger had two brothers, Eustace and Oliver, as noted in a land deed of c.1197-1209.[34] A deed of 1220 records Letuaria, wife of the late Roger de Berkeley of Dursley claiming her dower lands from Henry de Berkeley, her possible son.[35] It is not clear if this is Roger the fifth or another Roger de Berkeley.
The later history of Siston and its owners will form part of a future post.