The existence of the Irish Parliament, held between Michaelmas 1276 and Michaelmas 1277, is known more for the expenses of officials attending than for the activities of the parliament. Therefore this article is as much about giving a pen picture of Ireland in 1276-77 as it is a discussion of the parliament. Later in the reign of Edward I the records contain more information about the activities and personalities involved in Irish Parliaments.

Agatha de Mortimer was the wife of Hugh Mortimer and one of the seven daughters of Sibyl Marshal who had married William de Ferrers, afterwards Earl of Derby. Sibyl Marshal got a fifth share of the Marshal estates in 1247 centred on Kildare with property in other counties like Taghmon and Clonmines in Wexford. But the daughters of Sibyl Marshal (Sibyl was dead before 1247) did not gain full ownership of their inheritance until about 1270 as Margaret, Countess of Lincoln and widow of Walter Marshal, held Kildare as her dower land.

At the partition of Sibyl’s land among her seven daughters, Agatha Mortimer got the manors of Taghmon and Clonmines in Wexford along with a share of the revenue from the liberty of Kildare. But when the 1247 partition was made the share of Sibyl Marshal exceed a fifth part by £1 18s 4½d. Thus £1 15s 2½d was given out of the vill of Taghmon to the liberty of Wexford, held by William de Valence and 3s 1d from the vill of Mon near Dunamase in modern day County Laois.[2] It was this duel claim to income from Taghmon which caused the disputes of 1276-77.

Elsewhere, in the vill of Newport by Jerpoint, in the liberty of Kilkenny, Agatha Mortimer successful claimed some land and rent as part of her inheritance from the Marshal partition.[3]

Also on Michaelmas Day 1276 a group assembled at the court of Geoffrey de Geneville in Trim Castle. There they witnessed the final agreement between Robert son of John Nugent and Matilda his wife and the prior of Llanthony Prima concerning the half advowson of the Delvin church of St. Mary. In return for the half advowson, William de Wormbrugge, on behalf of the prior, gave the Nugents twenty marks of silver.[5] 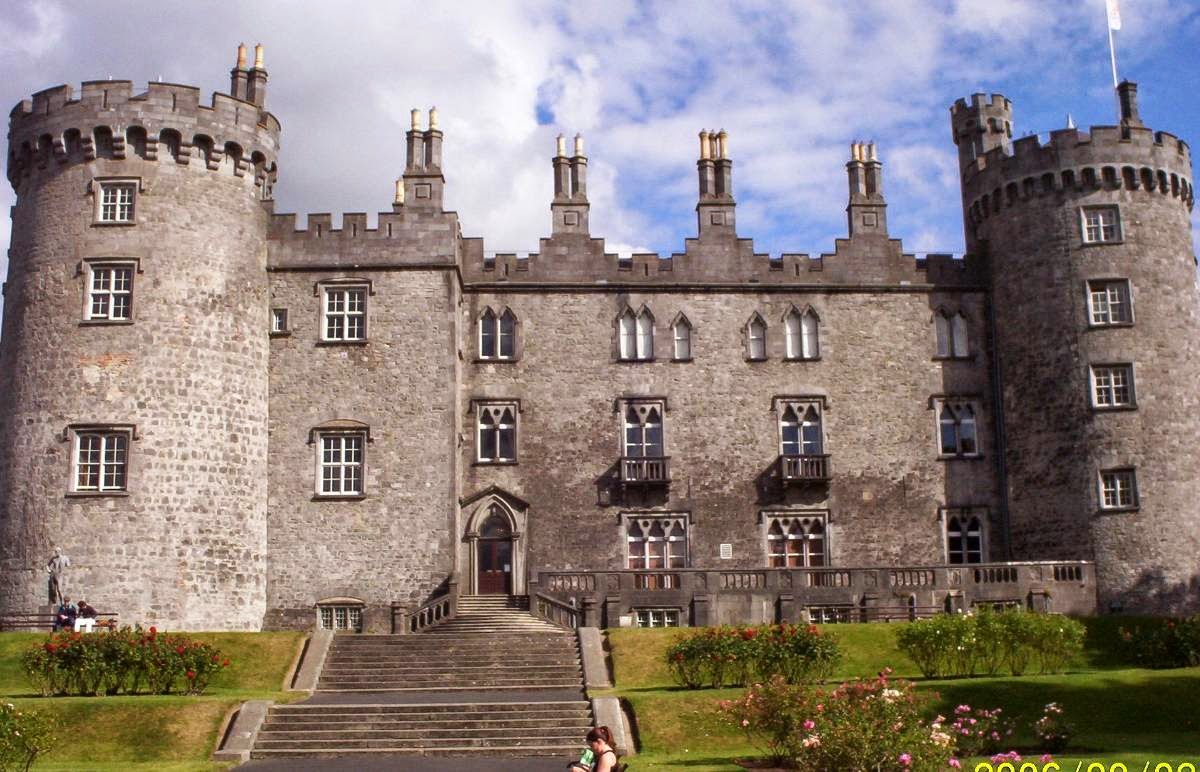 In Dublin the government were order by the courts to seize goods and chattels belonging to the mayor of Dublin in order to force the mayor to appear in court. The mayor’s problem was an action taken by merchants of Flanders who filed a suit that the mayor of Dublin in the time of King Henry III had seized 54 sacks of wool which belonged to the merchants. At the time Henry III was in a trade war with the Countess of Flanders but this was later settled. The mayor was thus ordered to return the wool under the new period of friendship.[8]

In March 1277 Brother Nicholas, prior of Down Abbey, was elected Bishop of Down. About the same time, Bonasius of Florence, the receiver of the new custom, was killed by malefactors. The king ordered that moneys due to the king be recovered and goods belonging to Bonsius be delivered to his associated merchants.[9] It is not clear if Bonasius was killed by people opposed to the new custom or for some other reason.

Elsewhere merchant vessels going to Ross had first to call at the port of Waterford by royal order. In May 1277 King Edward introduced a new Irish royal seal. The old seal had been used by Edward since infancy, when as Prince Edward his father made him Lord of Ireland.[10]

In Connacht, during 1277, the castle of Roscommon was attacked and thrown down by Aedh, son of Fedhlim O’Conor, and by Domhnall O’Domhnaill.[11] About the same time the Dublin government expended over £2,136 on the fortifications and buildings at Athlone and Rinndun.[12]

Also during 1277, within what was then regarded as part of Connacht, Thomas de Clare and Brian Ruadh O’Brien exchanged vows of friendship on the relics, bells and croziers of Munster. They also drink their blood from the same vessel. This event promised much goodness for the future but it was not to be. After the ceremony, Thomas de Clare seized Brian O’Brien and cruelly put him to death by drawing him between two horses. This act of cruelly was not confined to relations between the two nations. In the same year Gilla-Christ O’Birn, a favourite of Aedh O’Conor, was cruelly slain by Gilla Ruadh, son of Lochlainn O’Conor.[13]

Further east, in the Wicklow Mountains, Robert de Ufford, the new justiciar, led a successful army into the region of Glenmalure against the MacMurroughs. Previous invasions into Glenmalure in 1274 and 1276 met with heavy defeat.[14] Even with the victory in Glenmalure, service in Ireland was not without its risks. Ralph de Waddone was in Ireland in the company of Sir Robert de Ufford and Ralph’s wife Sybil was with him. While in Ireland the parish of Suthpikeham in Norfolk became vacant upon which William de Hewingham presented a new vicar on the grounds that Sybil was dead. About 1277 Ralph de Waddone petitioned the king asking for redress and that his wife was very much alive.[15]

On the economic front government officials paid £58 6s 10d in 1277 for 291 crannocks and 3 bushels of salt. Salt was essential for preserving meat in the days before refrigeration. The size of a crannock varied from commodity to commodity. A measure of 4 bushels to 1 crannock was used for in most cases in the west of England.[16] This makes 1167 bushels of salt or just fewer than 12 pence per bushel. The same officials purchased 12 hogsheads of wine for £24.[17] One hogshead contained 63 gallons of wine.[18] Other government officials paid £4 18s 8d for 20 cows (just over 59 pence per cow) for delivery to the army in Glenmalure.[19] It is not clear if transport costs were included in the purchase price. A few years later, in 1295, 471 cows in County Tipperary were valued at half mark each (80 pence) which would suggest that the 59 pence is the full value of the cow in 1277.[20]

Parliamentary business leading up to the Parliament of 1276-77

The previous Irish Parliament to 1276-77 took place in 1269 [see http://celtic2realms-medievalnews.blogspot.ie/2014/05/irish-parliament-of-1269.html for an account of that Parliament]. For most of the reign of Henry III matters of legislation were mostly decided in England by the king and his council or through an English Parliament. At times the Irish justiciar would request remedies for the administration of Ireland by the king’s council in England.

In February 1275 Justiciar Geoffrey de Geneville requested remedies from King Edward and received a reply via his messenger that King Edward would provide such remedies at an English Parliament to be held at Easter time. On receiving the royal reply Geoffrey de Geneville replied requested a more immediate action to solve the undisclosed Irish problems.[21] The end result is not known but the event does show the involvement of the English Parliament in Irish affairs.

The request for more immediate action shows Geoffrey de Geneville to be under pressure as justiciar. Over the following year internal pressure within the Dublin administration played upon Geoffrey de Geneville. In April 1276 Geoffrey de Geneville wrote to the king that he would be glad to leave office as the secret opposition to his reform measures was making his job impossible. He asked the king not to listen to the many cross men who went over to England to deceive the king. On 17th June 1276 a new justiciar, Robert de Ufford, was appointed.[22]

The Irish Parliament of 1276-77 first met sometime after Michaelmas 1276 at Kildare. The second session was held before Michaelmas 1277 at Kilkenny. As previously said, the parliament of 1276-77 is known more for the expenses of attending officials than for its activities. These known officials were John de Kenlegh and Stephen de Fulbourne yet many other officials must also have attended but their expense claims much have been met by other sources such as the county accounts in Kildare and Kilkenny. One official that was most certainly there at both sessions of the Parliament was Robert de Ufford, the justiciar. In the Irish Parliament of 1382, the King’s Lieutenant (as the justiciar was then known as), Roger de Mortimer was unable to attend due to illness. The prelates, lords and commons protested at this absence and stated that no Parliament was held in Ireland without the personal attendance of the chief governor.[23]

In the expense accounts of the Irish Exchequer we find “paid to John de Kenlegh … in going to, returning from, and remaining at Kildare and Kilkenny during the Parliament held there … 100s”.[24] The Latin version of this is “Et 100s eidem [Johanni de Kenleg] pro expensis suis quas fecit in cundo et redeundo et morando apud Kildare et Kilkenniam in parliamentis habitis ibidem”.[25] 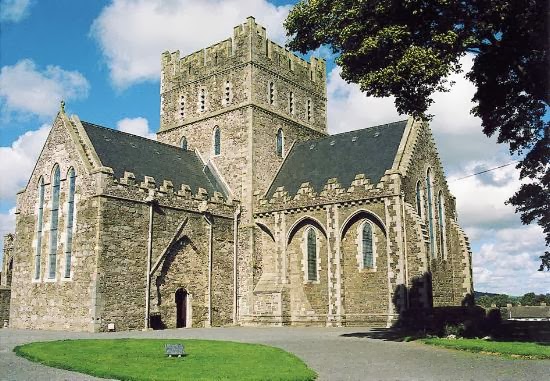 The other prominent person who attended the parliament of 1276-77 was Stephen de Fulbourne, Bishop of Waterford. The exact expenses incurred by Bishop Stephen are unclear as the bill was included with expenses for other government work. The entry in the Irish Exchequer accounts reads “to the Bishop of Waterford, for expenses incurred in various places in Ireland, as in attending parliamentary functions; and for minute expenses for 3 years beyond the office of treasurer … £100”.[31] The Latin translation for this is given in two documents; namely: “Et £100 Episcopo Waterfordensi pro expensis et misis quas fecit in Hibernia per diuersa loca ut ad parliamenta, mineria visitanda, et aliis minutis expensis per triennium extra officium Thesaurii” and in another document as “Memorandum quod Stephanus Waterfordensis Episcopus receipt £100 ad expensas suas eundo per diuersa loca ad parliamenta in anno regni regis v preter officium Thesaurii”.[32]

The business of the Parliament

The business of the Irish Parliament of 1276-77 is not recorded as far as can be found in surviving documents. If a record of the proceedings was made, it was lost in early times, possibly in the fire at St. Mary’s Abbey, Dublin in 1304 in which many government documents were destroyed.[34] The bulk of parliamentary business in these early parliaments was the hearing of petitions from the lower courts or from local lords and religious houses or discussing items of public importance which the justiciar and council considered needed wider opinions.[35]

One of the possible items discussed at the Parliament was the concession to the Irish of the use of English law in return for a pledge of 8,000 marks. As the directive of King Edward stated “the laws used by the Irish are too detestable to God to be called laws”. King Edward would agree to the expansion of English law if the Irish would provide an agreed number of foot soldiers. Robert de Ufford, the justiciar, was to discuss the matter with the Irish leaders (and possibly the English leaders in an Irish Parliament).[36]

Most of the legislation items that governed Ireland at that time were made in England by the king and his council or through an English Parliament as seen above in 1275. When Robert de Ufford was appointed justiciar of Ireland in June 1276 it appears that his appointment was made through a parliament held in London.[37] The appointment of Robert de Ufford ushered in increase in the number of Irish Parliaments and from 1276 an endeavour was made to hold parliaments frequently and regularly.[38]