Athelney Abbey in the register of Bishop Ralph of Shrewsbury

Athelney Abbey in the register of Bishop Ralph of Shrewsbury

Ralph of Shrewsbury was Bishop of Bath and Wells from 1329 until his death on 14th August 1363. The register of Bishop Ralph was published in two volumes in 1895 and 1896 by the Somerset Record Society under the editorship of Thomas Scott Holmes. On page xlv the editor says the “only mention of the abbot (of Athelney in the register is) as a member of a commission in reference to the priory of Stokecourcy”.[1]

In any other day of the week that would be fine, job done, story told, close the book and head out into the fresh air. But it is a cold wet and windy March day outside and search for Athelney needs further investigation. The index gives five separate references to Athelney abbey in the register of Bishop Ralph and these form the basis of this article.

Athelney among the diocesan clergy

In September 1332 Bishop Ralph wrote to the Archbishop of Canterbury about the August 1332 mandate of Stephen, Bishop of London, who requested clergy from the diocese to attend a provincial council at St. Paul’s in London in September. Bishop Ralph cited the abbots of Glastonbury, Muchelney, Keynesham and Athelney among all the clergy and cathedral chapters of Bath and Wells to attend.[2]

In August 1334 the Archbishop’s court of Canterbury wrote to Abbot of Athelney and the dean of Taunton concerning the prior of Stokecourcy. Brother Godfrey was challenged by others for the position of prior of Stokecourcy and he sent an appeal to the Archbishop’s court at Canterbury. Brother Godfrey was appointed prior in April 1328. Meanwhile Bishop Ralph of Bath and Wells was prepared to judge the case. But the court instructed the abbot and the dean to inhibit the Bishop and his commissioners from judging the case pending the appeal.[3]

Brother Godfrey was appointed prior in April 1328. In October 1332 he got a licence from Bishop Ralph to absent himself from the priory in order to travel to St. Mary abbey at L’Onlay in Normandy, the head house of Stokecourcy. In 1333 he got another licence to stay absence. In the meantime Bishop Ralph was investigating the affairs of the priory and on the advice of a number of people judged that the priory was subject to general mismanagement. It is not known what happened at the Canterbury court and if Godfrey was allowed to continue as prior. The next prior of Stokecourcy, Thomas le Prevost resigned in 1350 but it is unknown when he took over from Godfrey.[4]

On 17th January 1341 at Walton, Bishop Ralph instituted a poor clerk to the vicarage of Long Sutton. Unfortunately the name of the poor clerk was not recorded.[5] Athelney abbey is not mentioned in this entry or in the register index but the vicarage and rectory of Long Sutton was the property of the abbey.[6] As Professor Mike Aston of Time Team fame would say “The absence of evidence is not the evidence of absence”. The manor of Sutton was granted to Athelney Abbey by a charter of King Alfred.[7] The parish and church at Sutton was formed and built after King Alfred’s time. The Sutton name is Saxon for ‘southern settlement’, that is, south of Somerton. The adjective ‘long’ comes from abandoned earthworks on the south and east as the settlement moved further to the north and north-east by the 14th century.[8]

This presentation to Long Sutton was during the time of Abbot Robert de Ile (1325-1341). On 2nd August 1341 Brothers John de Stour and John Fort brought news to the king of the death of Abbot Robert and asked for a licence to elect a new abbot. On 20th August the king wrote to Bishop Ralph to give his approval to the election of Richard de Gotehurst, a monk of Athelney, as abbot following the royal assent. On 4th September 1341 the escheator of Somerset was instructed to deliver the temporalities to Abbot Richard.[9] 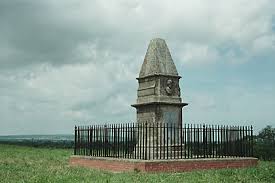 The monument on the Isle of Athelney, site of the Abbey

In December 1348 the abbot (Richard de Gotehurst) and convent of Athelney presented Thomas le Touke of Buddeclegh, a poor clerk, to the vicarage of the parish church of Lyng. On the instruction of Bishop Ralph by Apostolic authority, Stephen Tripp, canon of Wells, instituted Thomas le Touke to the vicarage.[10] The manor of Lyng was granted to Athelney in 937 by King Athelstan.[11] Buddeclegh is modern Butleigh near Glastonbury.

This entry for Thomas le Touke was found by way of Athelney abbey and Lyng vicarage as Thomas le Touke does not appear under his own name in the register index. Thus we cannot tell anything further about Thomas le Touke. There is an entry in the great chartulary of Glastonbury abbey that refers to a person called Thomas de Tuk who in 1325 exchanged the rectory of Stocklinch Ottersay for the vicarage of Moorlinch but he was possible a different person.[12]

The two presentations above were both of poor clerks. Elsewhere Athelney Abbey was associated with other poor clerks. In 1363 John Passeward, a poor priest, sought papal permission to receive a benefice in the gift of Athelney Abbey.[13]

Athelney always had a reputation of been a poor abbey. When Time Team conducted an archaeological excavation on the abbey site a good few floor tiles were discovered. These tiles were seconds, rejects from the tile factory because there were over-fired. Athelney was buying seconds on the cheap because they couldn’t afford proper tiles.[14] Having said this, just before the dissolution Athelney Abbey was valued at £209. In some other diocese this value would be respectable but this is Bath and Wells where Keynesham (OSA) was £419, Muchelney Abbey (OSB) was £447, Bath Priory (OSB) was £617 and the big one, Glastonbury (OSB) was worth £3,311 – poor Athelney![15] Yet the local people still respected Athelney as Thomas Muttlebury, a serf of the abbey, gave his son John Muttlebury to the abbey to receive education in the 19th year of Edward 1 or Edward III.[16]

Thomas le Touke became vicar of Lyng at a difficult time for the church and the people as the Black Death was spreading up from Weymouth and South Dorset. In January 1348/9 Bishop Ralph wrote to the clergy of the diocese that they should tell the laity, who are overcome with the sickness, to make their confession to one another and even to a woman if they can’t get to a priest.[17]

The Black Death hit Athelney Abbey twice in one year. On 23rd September 1349 Athelney Abbey received a royal licence to elect a new abbot in place of Richard de Gotehurst who had died. The sub-prior and convent elected John de Stour, prior of the Abbey, but he died on his way to the king to obtain the royal assent. In October 1349 the Abbey asked for a new royal licence to elect an abbot. On 22nd October 1349 King Edward asked Bishop Ralph to give his approval to the election of Robert de Hacche, a monk of Athelney, as abbot following the royal assent. By 5th November Bishop Ralph had given his approval and the escheator of Somerset was instructed to deliver the temporalities to the new abbot.[18]

Another presentation to Long Sutton vicarage

Before the end of March 1362 the abbot and convent of Athelney presented Sir Walter de Cory, priest, to the vicarage of the prebend church of Long Sutton. The parish was formed into a prebendal church at Wells Cathedral during the time of Bishop Savaric (1191-1205) in return for Athelney enjoying all the parish fruits save an allowance for a vicar. The wage for the vicar was 4 marks and the abbot was not bound to live at Wells.[19]

On 30th March 1362 at Wyveliscomb, Bishop Ralph instituted Sir Walter de Cory to the vicarage. On the same day or later Sir Walter de Cory said he would apply all portions due from the vicarage to the care of same. This pledge was witnessed by Sir Robert Hacche, Abbot of Athelney (he was abbot since 1349), Master Walter de Burcomb and William Derby, both canons of Wells, along with Nicholas de Brideport and R.W. Tybrighton.[20] Sir Walter de Cory is not mentioned elsewhere in the register of Ralph of Shrewsbury, Bishop of Bath and Wells. 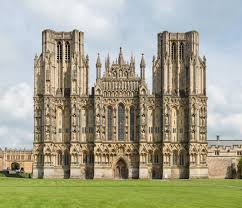 Outside the register of Bishop Ralph

Outside the register of Ralph de Shrewsbury there are a few references to Athelney during his episcopal. The election of a new abbot in 1341 and again in 1349 needed the approval of Bishop Ralph as noted above. Elsewhere, in 1347 Athelney gave 10 marks as a loan towards the war fund on King Edward III as he prepared to invade France.[21]

Hidden away in the Somerset levels Athelney Abbey kept to itself. The abbey had little interaction with the Bishop and the diocesan chapter. It appears the Bishop Ralph held no visitation of the abbey and the only frequent interaction was in the institution of vicars to parishes held by the abbey. The register did show the association of Athelney with that of a poor abbey and further research may expand on this assertion. In that regard later registers of the Bishops of Bath and Wells may tell us more of the history of Athelney Abbey – a job for another day.

The Isle of Athelney before the Abbey

For an account of the Isle of Athelney before the abbey of King Alfred see = http://celtic2realms-medievalnews.blogspot.ie/2016/03/st-athelwin-wessex-and-athelney-before.html