On the Wednesday after the Feast of St. Cuthbert the Bishop (20th March) in 1402 Ralph Damesel made his will. In the will Ralph Damesel bequeathed that his body to a holy burial. Ralph also bequeathed one of his best cows to the fabric of the church of Wrington and to the church of Walton another cow.[1] In 1407/8 a cow was worth 7s when sold from the manor of Wrechwyke to John Green, butcher of Bicester priory.[2] A mason working at Exeter Cathedral, in 1352, got 2s 6d per week.[3] In 2014 the average weekly wage of a stonemason was about £423 which makes a cow worth about £1,200 and this is not too far from the value of a good cow in 2014.

The bequest of a cow to the fabric fund of a church was not a common occurrence. Only a few other examples exist for the whole of the fifteenth century and these fund lights and masses than the fabric fund of a church. In 1439 Simon Ralegh gave two “doues”, two cows and twenty sheep to the church at Nettlecombe to have his orbit and an orbit for his ancestors. In 1484 John Compton gave three cows to the church of Beckington to pay for the light of the high cross. In 1485 John Sayntmaur gave a cow worth 10s to Beckington church to fund one wax taper burning on Lord’s days and on the principal feasts. In 1487 Henry Vincent gave a cow and calf to fund the light in the chapel of Blessed Virgin Mary in the church of St. John the Baptist in Frome. In 1496 John Carter bequeathed a cow or 8s to fund a light in the church of St. Nicholas of Laverton while in 1499 John Rosewill gave a cow to the store of Bradford church.[4]

Other bequests by Ralph Damesel

In addition to gifts of cows to local churches, Ralph Damesel also made provision that the rector of Wrington was to get 6s 8d while the rector of Walton was to get 40d. The residue of all Ralph’s goods was to pay his debts. John Doune and Sir John Lynlond were to be his executors but under the supervision of Ralph’s wife, Matilda. This will was proved on 5th July 1403 which shows that Ralph Damesel died sometime between the two dates.[6] 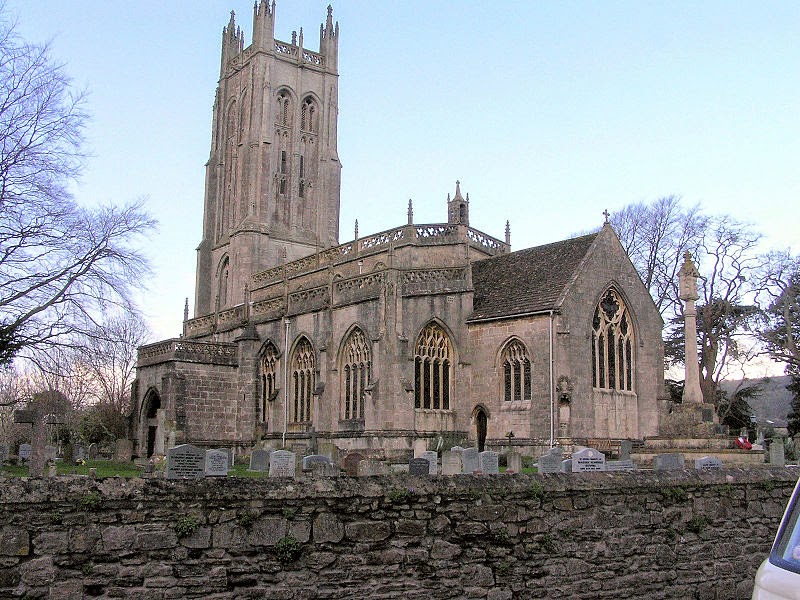 In search for Ralph Damesel

Who was Ralph Damesel? Can we discover anything of the man and his life over six hundred years after his death? Finding someone who lived so long ago is not easy, especially if they were not among the famous or infamous league of gentlemen.

The patchy survival of medieval documents makes the search extra difficult. Just finding a similar name in the surviving documents is not enough. On 8th June 1357, Ralph de Acton, son of John Damesel, with two others, granted the manor of Aley in the parish of Over Stowey, to Sir Richard de Acton and three others to hold in fee.[7] Was this Ralph de Acton Damesel, of 1357, the first reference to the Ralph Damesel, subject of this article or just someone with the same name, living in the same county and at about the same time?

A later document, dated 12th April 1385, shows the release by Ralph Damesel of all his rights and claims in the manor of Aley, and at Aisholt, Holcombe and Smallcombe to Sir Thomas Fichet.[9] This would seem to confirm that Ralph de Acton Damesel of 1357 was indeed the Ralph Damesel of this article. It would be nice to find more collaborating evidence some day and maybe that may happen.

On 23rd March 1370 Ralph Damesel was at Bedminster to witness the grant by John de Gatecombe of Ashton by Bristol of all his lands and holdings in Long Ashton by Bristol to two chaplains; Sir John de Bury and Sir John Stanford and one lay person, Richard atte Stoke. John de Gatecombe was lucky to have any claim to Long Ashton as in 1358 his lands were forfeited to the crown because John was outlawed for felony.[10] Bedminster is just south of Bristol and about ten miles east of Ralph Damesel’s home at Walton in the parish of Stoke-super-Mare.

In September 1370 Ralph Damesel was named at Westminster as one of six querents to the third part of the manor of Tornok. John ap Felipe ap Kenewyn of Stridewy and Felicia his wife, deforciants, acknowledged that they had gifted and quit claimed the land to John Bays and his heirs. For this John Bays, Ralph Damesel and the other querents paid John ap Felipe and Felicia one hundred marks of silver.[11] In November 1370 John Bays of Yeovil, Somerset signed a document in which he quitclaimed with warranty the manor of Tornok to six people including Ralph Damesel. This document was acknowledged at the King’s court in London on 2nd April 1371.[12]

On 1st February 1374 John Harewell, Bishop of Bath and Wells, granted to Ralph Damesel permission to have a portable altar in a chapel in his house at Walton in the parish of Stoke-super-Mare.[13] This Walton was known as Walton-in-Gordano to distinguish it from other places called Walton in Somerset. It is situated near the Bristol Channel about two miles north of Clevedon. Ralph de Mortimer held Walton in the time of Domesday from the king and a person called Richard rented it from Mortimer. It was the only land held by Mortimer in Somerset. In 1086 there were 20 acres of meadow, 100 acres of pasture and 50 acres of woodland. The value of Walton had increased 20s between 1066 and 1086 which is in contrast to many other places where the value went down.[14]

Ralph and Maud his wife

In December 1397 Ralph Damesel and Maud his wife were in an action concerning a third of Lytelmerston and Odecombe.[16] The wife of Ralph Damesel, subject of this article, was called Matilda in his will of 1402. Both Maud and Matilda were variations on the same name with Matilda being the Latin form of the Saxon name Maud. Matilda was more usually used in official documents such as a will. It would seem therefore that Ralph Damesel of this article was the same Ralph Damesel as in this action.

Ralph Damesel and the Berkeley family

On 12th January 1399 Ralph Damesel was one of five witnesses at Portbury to see the grant by Thomas Berkeley, Lord Berkeley, of all his lands and holdings at Edingworth, Somerset, to Sir Thomas Arthur. The other witnesses were John Bluet, Nicholas More, Geoffrey Lang senior and Robert Foyland. Thomas Berkeley had only a short time before acquired Edingworth from his second cousin; Maurice Berkeley of Stoke Giffard (died 1400).[17] Edingworth is about six miles southeast of Weston-super-Mare.

For the most part we associate Ralph Damesel with north Somerset but it appears he had interests in other counties also. In 1401 Sir Robert Chalons petitioned the king with the request that two court cases against him regarding certain lands in Devon be prorogued, as he was then in the king's service. He further asked for letters of protection for two years. Among the witnesses to this petition were Ralph Damesel and his wife Maud.[18]

This article is a brief encounter with the life of Ralph Damesel. We only get brief snap shots of his life over about fifty years. Much is still to be discovered but the vast majority of information on his life is lost forever. In the annals of ordinary men, the life of Ralph Damesel would not get a mention in any historical article but for one thing. That one thing was that he made a bequest of one of his best cows to the fabric fund of Wrington church and as Robert Frost would say “And that … made all the difference”.[19] This makes Ralph Damesel stand out from the medieval crowd and this article is a snap shot of his life. 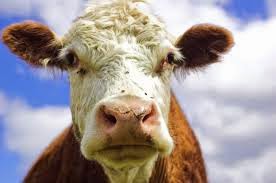