The townland of Ballybrommell takes its name from an Anglo-Norman family called Bremyll who came to Ireland sometime after the Norman invasion of 1169. In 1189 William Marshal married Isabel de Clare, the daughter and heiress of Richard de Clare, Earl of Pembroke and Lord of Leinster. Between 1207 and 1213 William Marshal almost continuously lived in Ireland. It was in this time that the settlement and development of the Lordship of Leinster really took off.[1] The Bremyll family possibly helped in this development. They acquired lands in the modern-day Counties of Carlow and Kilkenny such as at Ballybrommell and Jerpoint. 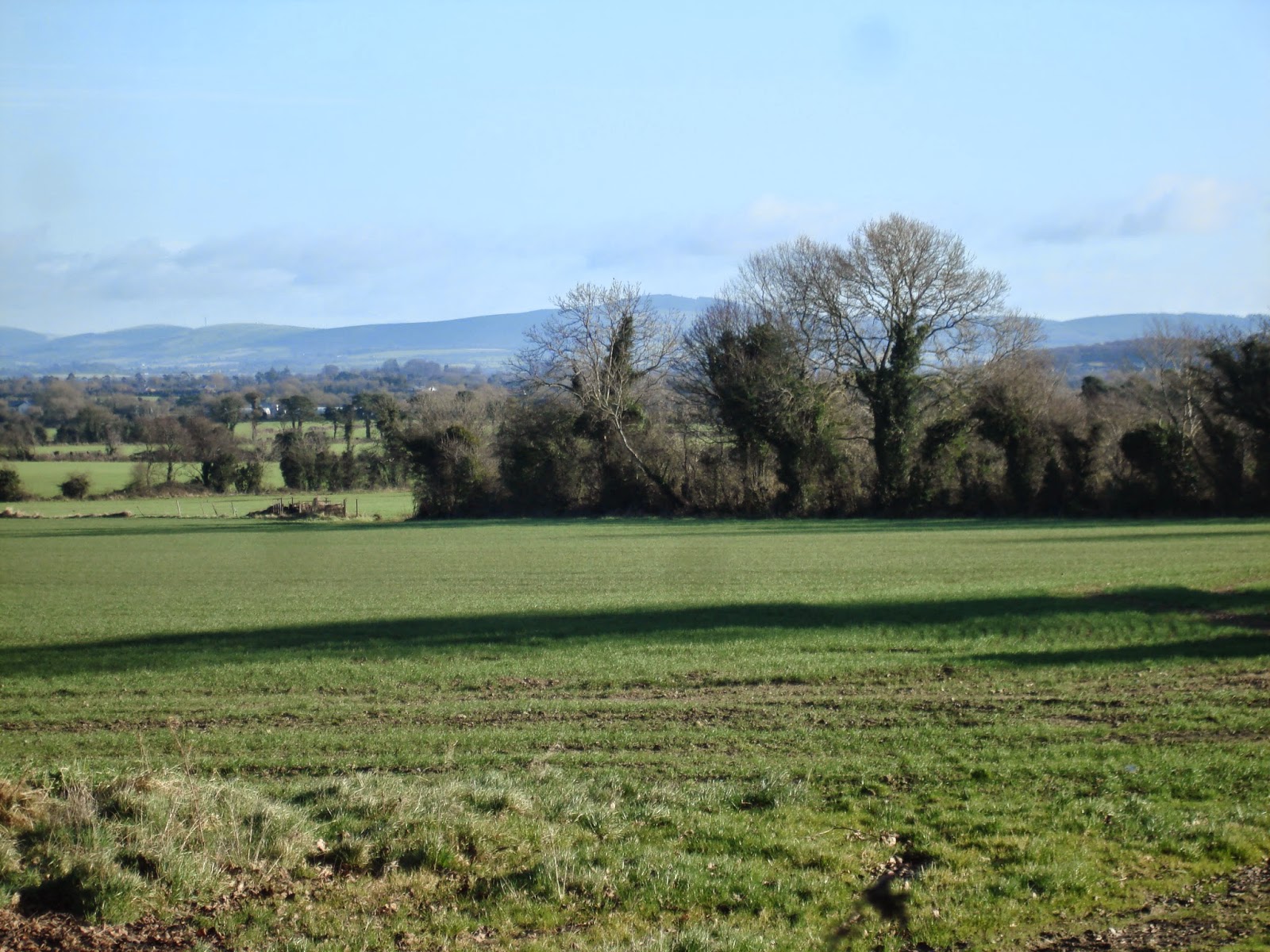 Looking east across the townland of Ballybrommell

The first reference of the family comes from 1247, at the partition of the Lordship of Leinster, when Robert de Breml held one third of a knight’s fee at an unspecified location.[2] The five sons of William Marshal all died without leaving any male heirs and thus the large Lordship of Leinster along with marshal property across Wales, England and France was divided among the five daughters of William Marshal. The eldest daughter, Matilda Marshal received the Lordship of Carlow. She had married Hugh le Bigod (d. 1225) as her first husband in 1207. After Hugh le Bigod died she secondly married William, Earl Warenne who died in 1240. Matilda Marshal died in 1248 and was succeeded by her on Roger le Bigod, 4th Earl of Norfolk and Marshal of England.[3] Thus Robert de Bremyll became a knight tenant of Roger le Bigod.

About 1250 Robert de Bremel witnessed a charter relating to Donaghmore in the Barony of Fassadinin in County Kilkenny.[4] This charter was a grant of a third part of five carucates by John son of Vincent de Everus to Roger de Penbroc. John made this grant even though he didn’t have seisin of the land which formerly belonged to his mother Lady Alice de Hereford.[5]

Sometime about 1261 Sibyl Bremyll, widow, and Susannah, her unmarried daughter, made a quit claim on fifteen acres in Kilbrothyn in the New Town of Graiguenamanagh. These fifteen acres were granted to Sibyl by her brother Elias Bremyll on the occasion of her marriage with Michael O’Morgan. At the same time Sibyl quit claimed an acre in Fanken and other rents at that place.[6]

On 24th June 1293 Nicholas, Bishop of Kildare, received a licence to remain in England at which he appointed Laurence de Athy and Geoffrey Bremyll as his attorneys in Ireland until the following Pentecost.[7] 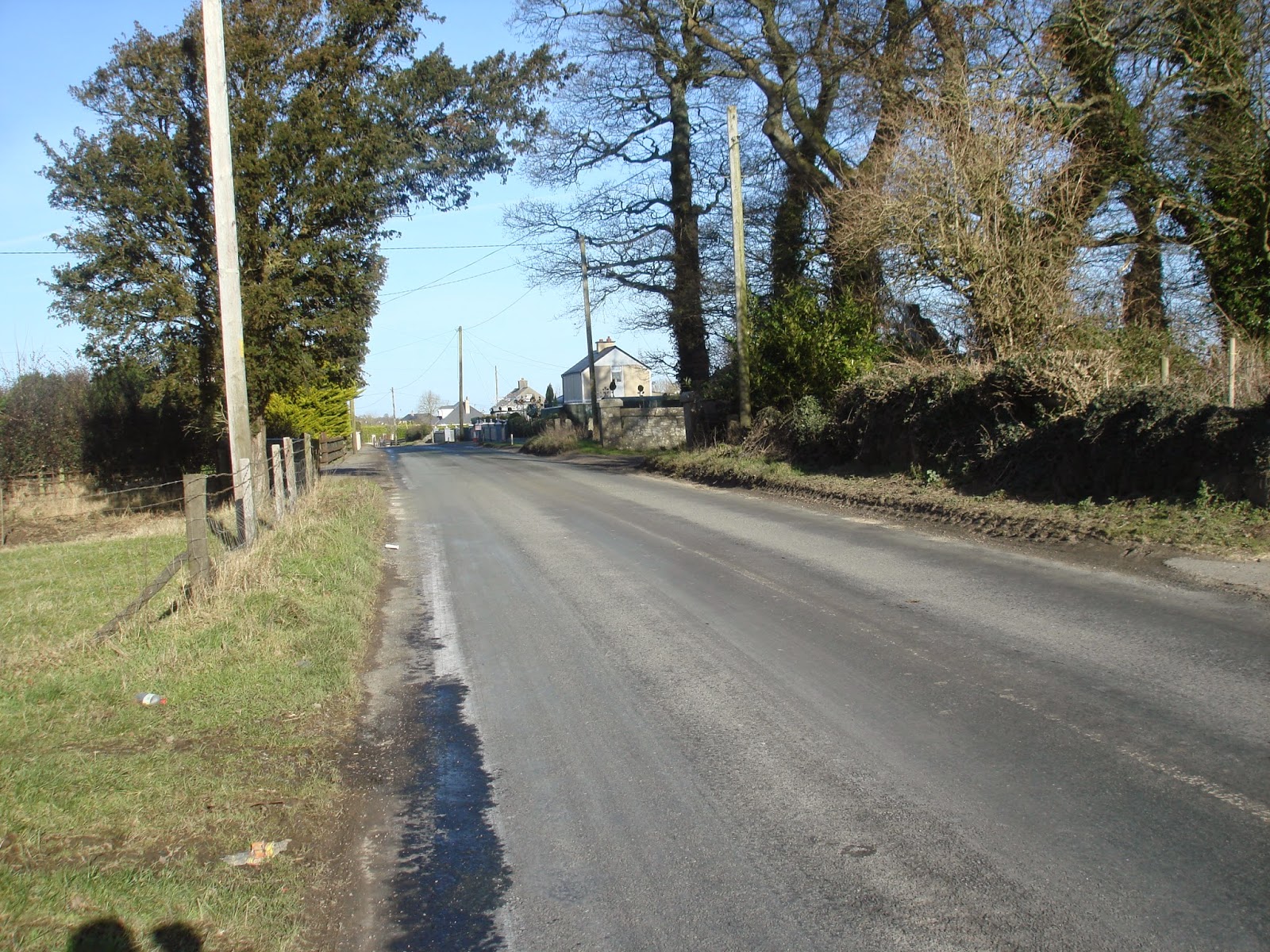 In 1302 Roger le Bigod surrendered his Irish estates to King Edward I because Roger was bankrupt and needed to be bailed out by the government. King Edward granted the estates back to Roger to be held for life after which they would revert to the crown if Roger left no heirs of his body. Roger le Bigod had died on 11th December 1306 leaving no children (no heirs of his body) and his brother, John le Bigod, as heir general. But because of the clauses in the royal grant John le Bigod was left with little and the bulk of the Bigod lands in England, Wales and Ireland reverted to the crown.[13]

In June 1307, Alice, the widow of Roger le Bigod, received from the crown a number of knight’s fees in the Lordship of Carlow, along with the advowson of Old Ross and a number of manors and farm land to hold as her dower lands. The fee of Robert de Bremyll did not form part of this grant as thus he remained a tenant of the crown. Part of the farm land received by Alice le Bigod included the demesne lands, meadows and pasture of Fothered.[14] We don’t have more detailed information to determine if Robert de Bremyll held any property at Fothered of Alice le Bigod.

The use of the name of Ballyscandil in 1307 rather than Ballybrommell shows that the Bremyll family had their main residence somewhere else. The 1307 inquisition tells us it was in Forth or Fothered. The barony of Forth lies to the east and north of Ballybrommell. In fact the northern boundary of Ballybrommell forms part of the barony boundary. In 1307 there was a castle and town at Fothered with demesne land and free tenants in the surrounding countryside.[15] By 1660, and possibly long before that, the name of Ballybrommell was in official use.[16] 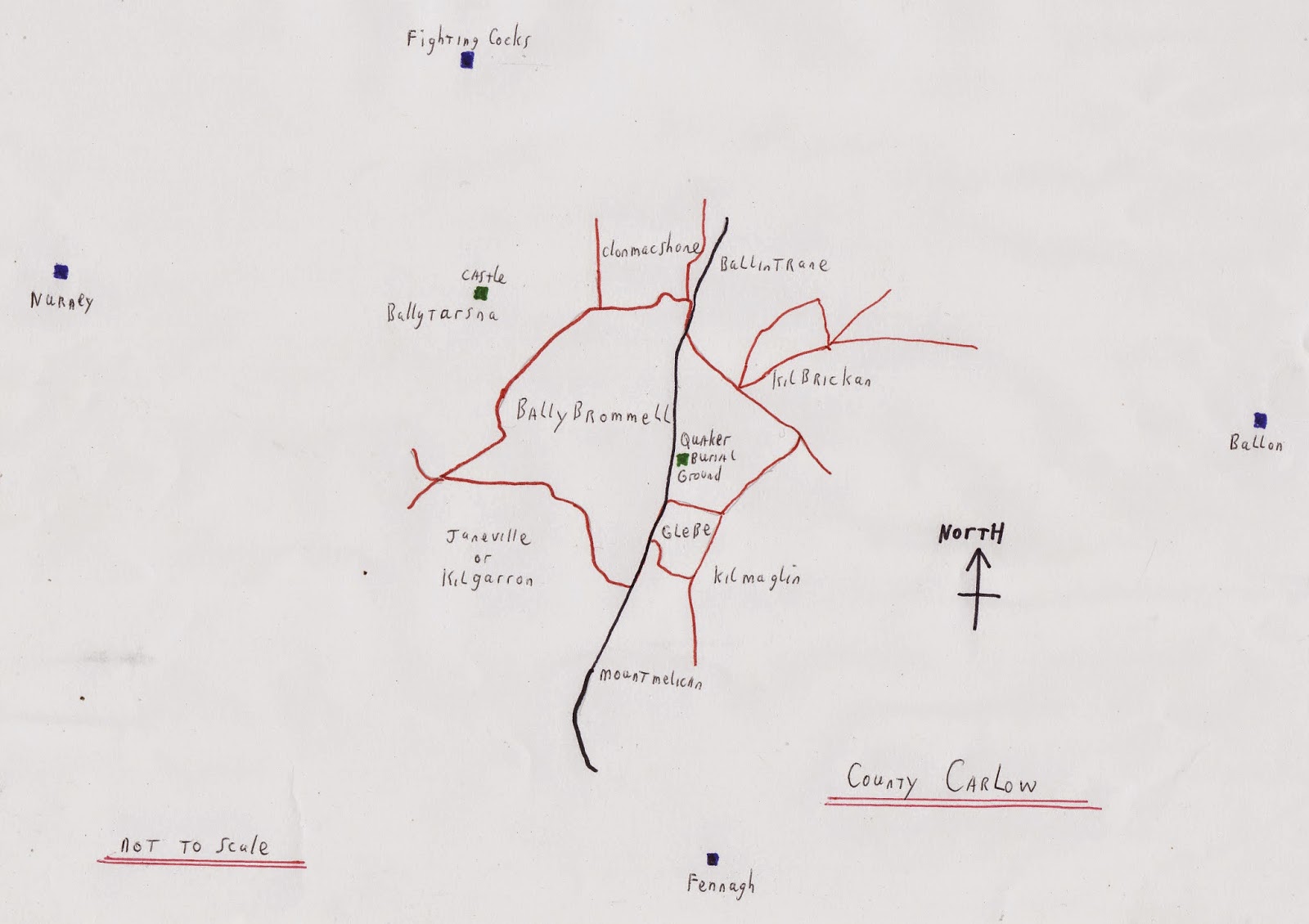 Sometime before May 1289 Robert de Bremyll made a gift of a carucate of land in the neighbourhood of the old town of Jerpoint, Co. Kilkenny, to Geoffrey Calf for which Geoffrey paid yearly 16 pence to Gilbert de Clare, Earl of Gloucester and Hertford, and his wife Joan of Acre, daughter of Edward I. Geoffrey Calf also gave a penny at Easter and Michaelmas which Robert de Bremyll used to receive. Geoffrey Calf performed the usual suit at the manorial court and to the manorial mill.[18] After Gilbert’s death Joan received the new and old town of Jerpoint and held same until her death in 1307. She was succeeded by her son, Gilbert de Clare, Earl of Gloucester and Hertford. This Gilbert de Clare was killed at Bannockburn in 1314 and his lands were divided his three sisters. The new and old town of Jerpoint passed to Hugh d’Audley and Margaret de Clare.[19] Thus the Bremyll gift to Geoffrey Calf passed to new landlords.

The family of Bremyll were also associated with Brablestown, in the parish of Dungarvan in the Barony of Gowran in County Kilkenny.[20]

Origin of the family of Bremyll

The surviving records are not sufficient enough in detail or extent to determine from where the Bremyll family came from before they settled in the Carlow/Kilkenny area in the decades after the Norman invasion. Records in England have people with the surname of Bremyll in many different counties.

In 1255 Richard de Bremel with four others recognised the rights of the Abbey of St. Augustine’s, Bristol, to lands in Almondsbury and Winterbourne while asking that the abbey recognise their grazing rights after the harvest had been reaped.[21] In 1291 John de Bremel was a juryman at the inquisition into the consequences that would result if Emelina Longespee gave 10 librates of land to the warden of the Chapel of St. Katherine of Warmberch in Wiltshire.[22] Sometime before 1390 Thomas Bremel held a messuage with curtilage adjacent to Lacock in Wiltshire.[23] In September 1415 William Bremell of the Diocese of Bath and Wells was ordained deacon and priest to St. Frideswide’s Priory in Oxford.[24] On 3rd September 1538 Thomas Bremell of Stocklinch Ottersey in Somerset left instructions in his will to be buried in the local churchyard and that the residue of his property should go to his wife, Joan.[25]

There is a civil parish and village called Bremhill in Wiltshire which in about 1445 to 1540 was known as Bremyll and in 1226 as Bremleshill. Bremhill is located two miles north west of Calne and four miles from Chippenham.[26] Did the Bremyll family of Ballybrommell take their name from this place? We may never get to answer that question. Instead what we do know is that about 700 years after the Bremyll family lost association with Ballybrommell their name continued to attach itself to the place despite all the changes and generations of people who came after them.